World-class U23 soccer in Moncton! 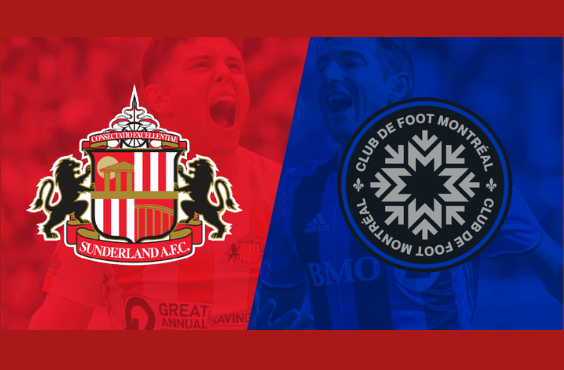 The U23 soccer teams Sunderland AFC and CF Montréal will bring you memorable sporting action during two high-calibre matches in Moncton.

Both matches will take place at the Croix-Bleue Medavie Stadium, on the grounds of the Université de Moncton.

Get your tickets now!

Sunderland AFC
Sunderland AFC is an English professional football (soccer) club, playing in the Championship, the second tier of English football, which is the second highest level of soccer in England, aside from the Premier League. Their U23 Team competes in the EPL U23 League. They will compete against CF Montreal U23, a Major League Soccer team based in Montréal, Quebec.

CF Montréal
CF Montréal is a professional soccer club that has been playing in Major League Soccer, North America’s top division, since 2012. It has won the Canadian Championship five times (2008, 2013, 2014, 2019, 2021), and has also reached the CONCACAF Champions League final in 2015, as well as the competition’s quarterfinals in 2009, and, more recently, in March 2022. CF Montréal plays its home games at Stade Saputo, a 19,619-seat soccer-specific venue, and on some occasions at the Montreal Olympic Stadium.