Find the latest information, restrictions, and guidance related to COVID-19 in New Brunswick at gnb.ca/coronavirus. 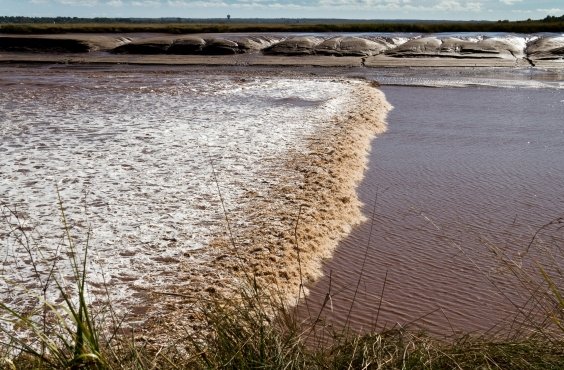 If you’ve never experienced the tidal bore in Moncton, head down 15 minutes before the scheduled arrival of the daytime bore Tuesday to Saturday from August 4-8 and again August 18-22, where Resurgo Place staff will be on site to provide information about this interesting phenomenon.

A tidal bore is a tidal phenomenon in which the leading edge of an incoming tide forms a standing wave of water that travels upstream, against the current of a river or narrow bay. The tidal bore in Moncton is caused when the unparalleled tides in the Bay of Fundy begin to make their way up the historic Petitcodiac River. The Bay of Fundy is home to the highest tides in the world and over 100 billion tonnes of water comes in and out of the bay each day!

Twice daily, observers can watch the tidal bore as this incoming rush of water overtakes the outgoing tide in the formerly placid river. On average, the height of the bore ranges from 0.5 to 1 metre.