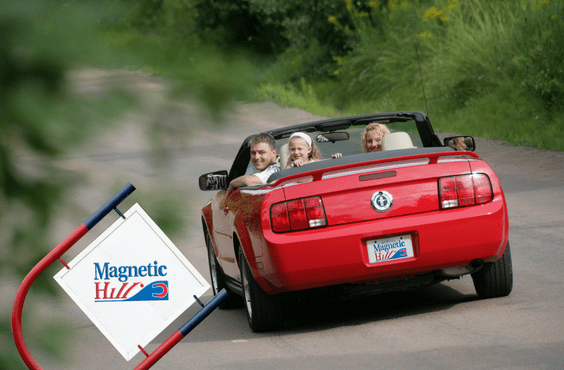 Whether you live in Moncton or you’re visiting, you’ve heard of Magnetic Hill. This attraction on every brochure, every postcard and every guidebook is one of the best in New Brunswick. But do you really know why Magnetic Hill is so fascinating? Today, we let you in on our secrets! 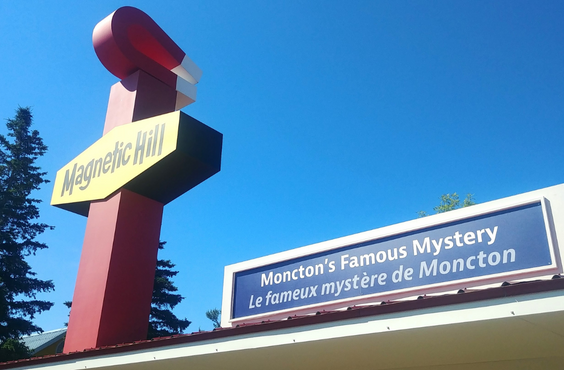 Just imagine you’re on Lutes Mountain, at the foot of two hills. You’re in your car, your hands on the wheel. Your car is in neutral and your foot is on the brake. Release the brake and your car will start rolling backwards… uphill. What’s this magic? Doesn’t the law of gravity apply here in Moncton? You need to see it to believe it! 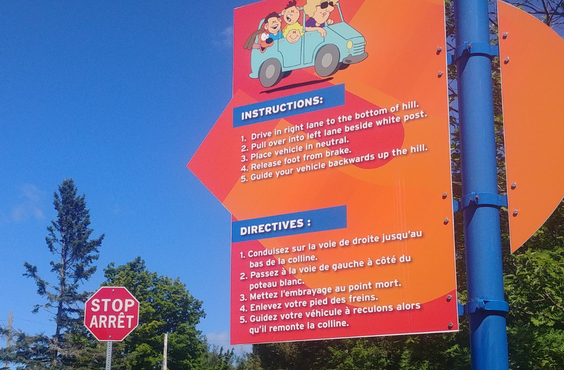 You’re not the first to wonder what’s going on. Lutes Mountain is infamous for its mysterious properties since the 19th century. Local farmers would speak of their horses getting confused on that hill, and later, in the automobile era, a rumor started: what if this hill was magnetic? The famous Magnetic Hill was born.

It’s time to let the cat out of the bag: however much we’d wish this was true, your car didn’t roll uphill, and there is no giant magnet hidden deep on Lutes Mountain (not that we know of!). Your car simply rolled downhill. Many factors explain this illusion:

🧲 The grade of the road changes dramatically, giving the impression that the first part is downhill, and the second part is uphill. Both parts are downhill.
🧲 The fact that our eyes cannot see the horizon line tricks our senses into thinking the car is going uphill, while it’s going downhill.
🧲 Trees on the side of the road further fool our eyes by hiding the horizon line.
🧲 Good to know: you need to stop at the white post. When you climb the second part of the hill, it’s easier to understand that both parts of the slope go downhill.
🧲 Last, the illusion is better experienced by letting your car roll backwards.

Magnetic Hill got famous because of four persons. First, John Bruce, Stuart Trueman, and Jack Bailey, of the Saint John’s Telegraph Journal, ran a story about Magnetic Hill which literally put this attraction on the map. 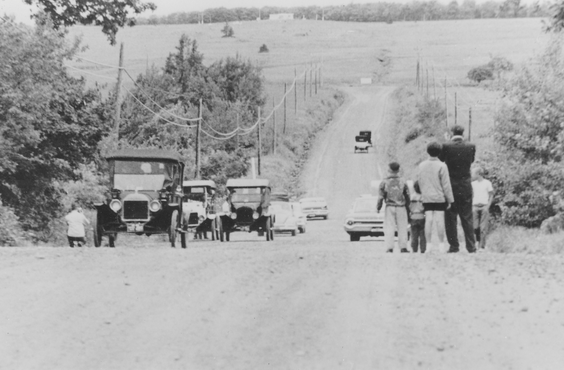 Second, a great attraction needs great facilities for the public. Muriel Lutes, a nurse and expert in education who was born near Moncton in 1909, had the good idea to open a canteen near Magnetic Hill in 1938. She kept developing the attraction until 1974 by opening successively the largest gift shop in Canada, dining rooms and even a motel. By attracting tourists with these facilities, she contributed to make Magnetic Hill successful. 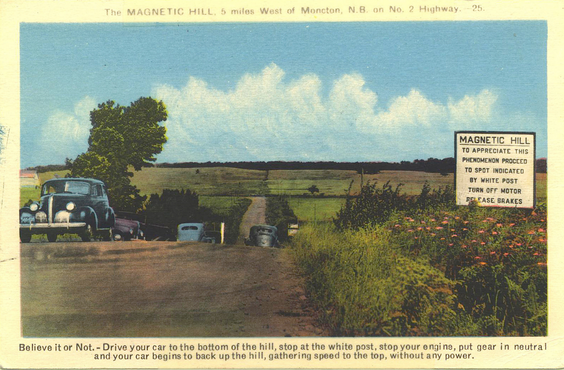 Did you know? In the 1950s, Magnetic Hill was the thirst most visited attraction in Canada after Niagara Falls and Banff National Park! It remains one of the top attractions in New Brunswick.

Now that the secret is out, how about a visit to Magnetic Hill to see this illusion for yourself?