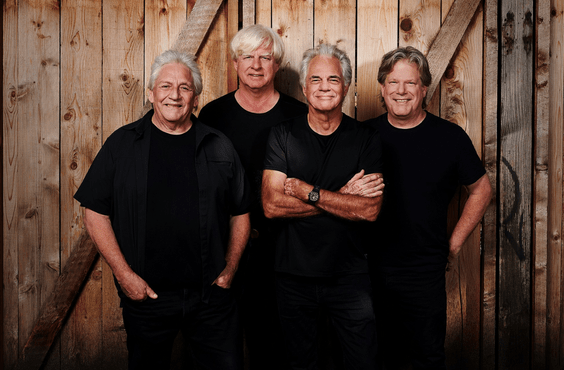 Chilliwack has had notable success on both Canadian and American radio charts, including The Billboard Hot 100, and was inducted into the Canadian Music Hall of Fame in 2019. From psychedelic, progressive and country rock to adult contemporary and pop rock, the Canadian powerhouse has an impressive 19 Canadian singles and 13 released albums (four of which went Canadian Certified Platinum), and is known for its many memorable hits, such as “Fly At Night”, “My Girl (Gone, Gone, Gone)”, “Whatcha Gonna Do” and “Lonesome Mary”.

“The Atlantic Nationals are thrilled to celebrate the return of the Friday night street party to Moncton’s Main Street after a two-year hiatus, as a result of the pandemic, by welcoming Chilliwack back to Moncton. As one of the finest Canadian rock bands, Chilliwack continues to win over new fans and delight long-time ones,” says show Chairman, Bill Doherty.

Main Street will host the All-Day Cruise-In as of 8 a.m. on Friday, July 8. Then at 6 p.m., the main stage will come alive with local artists Melissa Marshall and Old School. Following the headliner performance by Chilliwack, stick around for an encore presentation from Melissa Marshall, who will close the show at midnight.

In addition to the Friday night programming, the Atlantic Nationals Automotive Extravaganza will extend throughout the weekend at Moncton’s Centennial Park. For full event details, visit atlanticnationals.com.

About the Atlantic Nationals Automotive Extravaganza:
For four days, upwards of 2,000 cars and tens of thousands of spectators will turn the City of Moncton into a hot rod and classic car paradise. Top it off with North America's largest prize pool, some very cool special guests, a whole lot of world-renowned Maritime hospitality, and you've got a Canadian Hot Rod Mardi Gras that every gearhead should have on his or her bucket list. The program will involve a series of tours to various attractions in the region, highlighted by a Friday, July 8 car exhibit and outdoor concert on Main Street, and the major car show in Centennial Park on Saturday, July 9 and Sunday, July 10.